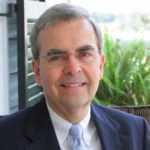 Bill Podd is the President of Landmark Family Ofﬁce and Landmark Angels, Greenwich, CT based ﬁrms which invest across the alternative asset classes. Prior to founding Landmark, Bill completed more than $3 billion in ﬁnancings as a corporate ﬁnance banker and lawyer at major law ﬁrms in NYC and at Lehman Brothers where he specialized in both municipal and corporate ﬁnance. He also served as president of an early stage enterprise software company whose technology was developed at The Draper Laboratory at the Massachusetts Institute of Technology. Bill is a frequent speaker and panelist on family ofﬁce, private equity and venture capital topics. A Phi Beta Kappa, summa cum laude graduate of The University of Notre Dame, he received his J.D. degree from the University of Virginia School of Law.