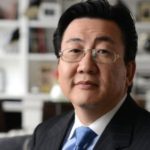 Paul Kang is the President of AltaCap, which was formed as a merchant bank bringing together partners from technology, media, and B2C/B2B. In collaboration with iRG, Paul established offices in New York, Seoul, Hong Kong, Tokyo, Singapore, San Francisco, and London. Paul ultimately transitioned to asset management, focusing on private equity and portfolio management for his family’s investments, as well as one other family that is deploying capital in the Americas.

In his accomplished career, Paul has served as an adviser to leading groups such as LG and Samsung, SMEs such as Pulmuone and NHN, and international companies such as ICAP and EDS. Paul also played a significant role in attracting billions of dollars in direct capital to Korea/Asia during Asia Financial Crisis.  He also led AltaCap.com, a leading Internet incubator and Teletech investor in U.S./Asia with revenues of $25m and 150+ people.  Adviser to Korean government on long-term vision and financial industry structure, including input into bank privatizations and investment in Lehman.