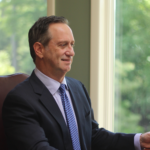 Clifford H. Friedman (2014 to Present) is a Managing Director and Member of the Management Committee of Raptor Group Holdings.  Raptor Group Holdings is a private investment company backed by the Family Office of Jim Pallotta.  Jim, former Vice Chairman of Tudor Investments, is a world class and, highly successful professional investor for over 30 years.

Raptor creates, builds, and invests in companies that are transformational and results in generating wealth for its portfolio company employees, and shareholders. Raptors culture is relentlessly entrepreneurial, opportunistic, flexible, and nimble; which make up the firms core DNA and manifest across every aspect of our business.

The team of professionals invest across various stages and asset classes, ranging from early stage venture to public equity. We have a bias toward growth-oriented opportunities that call for execution and strategy, versus mature businesses requiring financial engineering.  Raptor focuses on various industries including but not limited to; Sports, Consumer, Technology, Media, Entertainment, Communications, and Financial Technology/Services when there is an opportunity to leverage the teams operating expertise and unparalleled, global industry network of relationships to add value and drive operating results.

From January 1996 through August 1997, Mr. Friedman served as a Senior Vice President of Universal Studios where he was responsible for the creation and development of the Studio’s New Media Group. Mr. Friedman’s responsibilities at Universal Studios included working with all of Universal’s divisions to develop, execute and create investments, acquisitions, strategic alliances, multimedia applications, international expansion and other new business opportunities.

From February 1995 through January 1996, Mr. Friedman served as Vice President–Strategic Development at NBC, where his responsibilities involved leveraging existing franchises to create new business opportunities. While at NBC, he helped to form the joint venture between NBC and Microsoft (MSNBC) and formulated NBC’s Latin American strategy.

From 1990 through January 1995, Mr. Friedman was a Senior Managing Director in the Media and Technology Group at Bear Stearns. During this period he was ranked an “All American Analyst” by the Institutional Investor Magazine poll of Wall Street institutional clients. While at Bear Stearns, he published “New Age Media–The Merging of Media, Communications, Computing and Consumer Electronics” in 1993 and a follow-on publication, “New Age Media II,” in 1994. During this period, Mr. Friedman also led Bear Stearns’ efforts to raise $225,000,000 to launch the New Age Media Fund, Inc. and helped advise several major media and technology companies.

From 1985 through 1990, Mr. Friedman was a Senior Securities Analyst in the High Technology Group at Cyrus J. Lawrence Inc. From 1981 through 1985 he was a Senior Engineer at Hazeltine Corporation’s Wheeler Research Laboratory where he was involved in the analysis, design, and fabrication and testing of advanced communications systems, designed simulation software and developed new business areas.

Mr. Friedman earned a Bachelor of Science in Electrical Engineering and Computer Science from NYU Polytechnic University, a Masters of Science in Electrophysics from NYU Polytechnic University and a Masters of Business Administration in Finance and Investments from Adelphi University. He has been awarded two patents in the field of communications and has been published in various international technical and financial journals.  Additionally, he also taught several Undergraduate and Graduate Engineering classes as an Adjunct Professor at SUNY Stony Brook.

Mr. Friedman is a Director/Member of the International Academy of Television Arts & Sciences.  He generously contributes to the Michael J. Fox Foundation for Parkinson’s Research, The Maurer Foundation for Breast Health Education, and North Shore Long Island Jewish Health System (He is on Board of Trustee’s for Huntington Hospital, chairman of the Private Equity sub-committee and member of the Investment Committee on the Northwell Health System (formerly North Shore/LIJ).  He is also the recipient of the 2002 Ellis Island Medal of Honor.